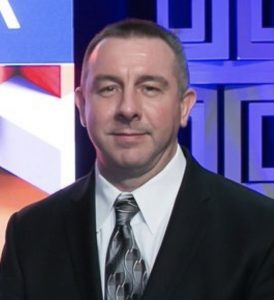 David Spurgeon serves as the Board President of the Decatur Township Drug Free Coalition. Officer Spurgeon is a Community Resource Officer with the Indianapolis Metropolitan Police Department Southwest District. He began his law enforcement career in 2005 as a civilian employee of the Indianapolis Police Department. He was an Arrestee Processing Officer, responsible for all adult prisoner intake and processing for Marion County. He became a sworn law enforcement officer in 2006 starting as a Patrol Officer assigned to the southwest district of the city. In 2009, Officer Spurgeon was awarded the IMPD Medal of Bravery for his actions in apprehending an armed suspect who posed an immediate danger to civilians around him.In 2009, Officer Spurgeon became a District Detective assigned to IMPD Southwest District. One of his first major objectives as the Strategic Investigation Officer was to examine the root cause of many of the crimes being committed in the area. That research and investigation lead to the significant connection between area crime and illicit drug use, such as heroin and prescription drug abuse. Detective Spurgeon started an initiative to educate the public about prescription drug abuse and its relationship to heroin abuse.
The public awareness initiative lead to the creation of; what became known as, the “Public Health and Safety Coalition”. Members of the Coalition became the supporting drivers behind the Southwest District Naloxone pilot program. In the spring of 2014, IMPD Southwest District officers were trained in the identification of opiate overdoses and the administration of Naloxone as a counteragent. As of the end of 2014, there were approximately 40 administrations of Naloxone by IMPD Southwest District Officers. This is in addition to the over 1,000 administrations by Indianapolis EMS in Marion County for the year.David Spurgeon obtained a degree in Criminal Justice in 2005 from Ivy Tech State College. He is completing a bachelor’s degree in Criminology from Indiana State University. He is the recipient of the 2014 Drug Free Marion County Award. 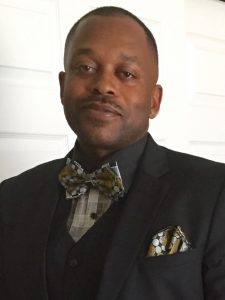 Tracey Lomax serves as the Board Vice President for the Decatur Township Drug Free Coalition. Tracey is currently a Detective with the Indianapolis Metropolitan Police Department Behavioral Health Unit. Detective Lomax has a very strong working knowledge in law enforcement and public safety where he has been involved in various projects over his seventeen year career.
Detective Lomax believes in being able to promote the intersection of public safety, mental health, personal and community wellness for individuals who may suffer from addictions while working to improve the quality of life for individuals along with connecting them to resources. 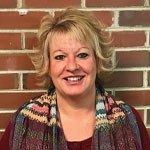 Robin Paul serves as the Recovery Committee Chair for the Board of Directors for the Decatur Township Drug Free Coalition. Robin is a Licensed Clinical Social Worker with several years of experience in behavioral health and addictions counseling, medical and behavioral health case management,  lean systems management, and organizational leadership and development.  Robin has a Masters Degree in Social Work from Indiana University, and a Bachelors Degree in Education from Indiana University.  She is employed at Valley Mills Christian Church as the Ministry and Counseling Coordinator.  She has seen many individuals and families suffer through the throes of addictions and is passionate about helping them find hope through recovery. She believes that effective recovery must be family-focused. She is married to Phil, and they have two children, Shelbi and PJ, and two grandsons.   They have been residents of Decatur Township for several years, and she wants to continue to keep Decatur Township a great place for all families. 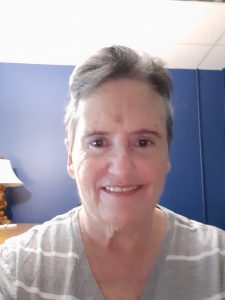 Stephania Lovell serves as the Prevention Committee Chair for the Decatur Township Drug Free Coalition. Stephania has been in the substance use disorder field for her entire career (23 years), first providing community based treatment services to pregnant women that were struggling with addiction issues, and then as a therapist at the Adult Addictions Clinic thru Midtown Community Mental Health Center where she provided group, individual, and family therapy (prior to coming to Mobile Crisis where she has been for the last 3 years). Stephania has her Masters in Social Work, am a Licensed Clinical Social Worker, and a Licensed Clinical Addiction’s Counselor. Stephania has witnessed first hand the causal effects of substance use (trauma, low self-esteem, lack of appropriate parenting skills, lack of healthy coping skills, generational addiction and mental health issues), and would now love to be on the prevention side in order to help mitigate some of these effects. Stephania truly believes the answer is in education (mental health being an essential key), raising awareness, promoting healthy lifestyles, building resistance and coping skills, and empowering individuals’ and families. In Stephania words “This population really is my passion” I have met so many amazing and inspiring people. I probably learned more from them than they learned from me. I have never met people with a more indomitable spirit. I know recovery is possible, but it’s certainly not easy, and if we can do something to help prevent it, or even decrease the chances, that is something I would love to be involved in. 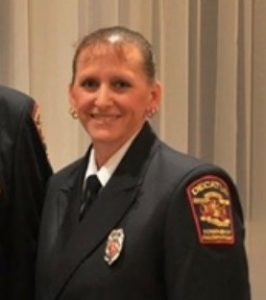 Billie Auberry serves at the Board Public Safety Chair for the Decatur Township Drug Free Coalition. Billie joined the Decatur Township Fire Department in 1983 as a cadet. It was in 1987 that she began as a volunteer and in 1989 she was hired as a career firefighter for the department. Billie managed the cadet program from 1987 to 1996 teaching young men and women ages 13-18 on how to become firefighters and or/Emergency Medical Technicians. In 1994 she became a primary instructor for Emergency Medical Technicians and more recently in 2016 obtained her certification as an Advanced Emergency Medical Technician. Billie has contributed to the community in a variety of capacities including EMS, fire suppression, code enforcement, arson investigations, juvenile fire stop program, public education, car seat program and project life saver. 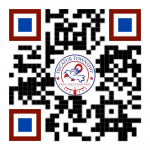